In Defence of Dogs and Animal Activists: An open letter to the Greater Kashmir newspaper and others calling for the slaughter of stray dogs in Kashmir

‘Greater Kashmir’ has been very vociferous and lop sided in its reporting on the issue of Stray Dogs with every single ‘report’ ending with the same line allegedly quoted from a judge on the PIL ‘Will sterilized dogs stop biting’. Behind its thinly veiled reporting is the propaganda calling for the continuation of the Kashmiri ‘tradition’ of poisoning dogs to manage numbers. The publication is now running an open forum where people can suggest what they’d like to do with stray dogs, and you can guess the responses.

What ‘Greater Kashmir’ has consistently lacked and actively resisted is a balanced view of measures on stray dog population control. Their biased view has been discussed many times on The Voice of Stray Dogs Facebook page.

The best instance of a total lack of ethics on the subject and running a propaganda is their consistent refusal to publish an Open Letter submitted to Greater Kashmir by a panel of eminent and concerned citizens. This was send to the publication and its editors 1st on 12th July 2012, on 14th July, on 25th July and finally 3rd August 2012. These were sent as e-mail and on post to ensure delivery and easy of release.

The text of the letter is published here. In the open letter the signatories wrote:

Through the columns of this newspaper, sundry persons have lamented the devaluing of human lives over that of dogs and the nefarious activities of animal activists. With your permission, the undersigned claim the privilege of correcting this bias in your newspaper reportage.

When there was an international outcry following released footage of a Municipality led dog eradication drive (5), your newspaper was flooded by articles looking for an ‘everlasting solution’ to the ‘real terrorist’, the stray dog. Finally a sterilization programme was started in May 2012 at the behest of the Animal Welfare Board of India but this did not stop contributors to this newspaper from baying for the blood of the dogs.(6) Meanwhile the Municipality continued to sterilize strays by day and poison them at night and to top it all off the High Court Bar Association President filed a plea ‘for passing order (sic.) for killing of stray dogs forthwith’.

We note that you have published at least two articles on the theme of animal activism. It would appear that the person/s in question witnessed the gruesome and disturbing methods employed by the Municipality to poison dogs and consequently had the temerity to break the conspiracy of silence surrounding it. By way of reprisal, you subjected this so called ‘dog mafia’ (11) to a barrage of allegations, invective, suspicion and conspiratorial fantasy and howled for his/her elimination, if not from the world, then at least from the theatre of operations surrounding animals. (12) If the effort of journalism is to convey information based on objective reality, what criterion of truth has been employed in the wild speculation that animal activism is motivated by personal gain and corruption? Your thesis is flabby: there are no names, neither of the journalist nor the activist/s in question, there is no proof of any of the allegations. We do not expect your reporters to be purveyors of perfect knowledge in an omniscient sense, since that is an attribute of the Divine, but we urge you to exercise a certain minimum responsibility on defining a proper basis for deciding considerations.

The letter was signed by

Not publishing and not acknowledging simple feedback from readers just goes out to show the real value to Greater Kashmir’s reporting. As in most things about Kashmir this too is pure propaganda. This time in the garb of shoddy journalism. 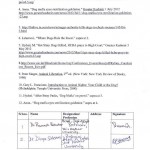 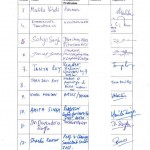 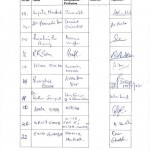