The Lesser of Two Evils: How stray dogs were treated in Bangalore through 1999, and then through 2007*

I’m a stray dog in Bangalore and I’ve had learn to live with “The Lesser of Two Evils” 25 million stray dogs were reportedly killed in Bangalore from 1934 – 1999 by the municipal corporation of Bangalore as a measure of stray dog population control. It is a moot point that that did nothing for actually controlling the population. One does however meet old Bangaloreans who talk of the ‘good old times’ when one only had to complain and the dogs in the street would be ‘taken away’. One alsoRead More 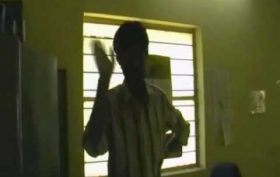 Following the investigation on AWS’s operations in Bangalore and reporting to the relevant Government authorities AWS was blacklisted by AWBI in Sept 2011 and BBMP was asked to make them stop doing ABC surgery. Essentially AWS should not have been operating in Bangalore at all – but guess what we found out on our visit on 6 Dec whilst an Andhra Pradesh High Court order was in effect that AWS can’t do any ABC surgery – they were working with no change at all! NB: This video was made on 6th DecRead More