The inconvenient truth of Sandeep’s murder (Part II) : Evidence from location – no Indian Stray Dog (or pack) could make this attack 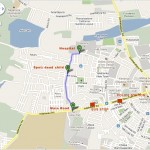 Location of the hospital and where Sandeep's body was found

This is Part II of the report The inconvenient truth of Sandeep’s murder : Press, Politicians, Police & People blamed strays when all evidence is otherwise. You can read Part I of this report here

Soon after the incident on 2 July and then again on 7 July our team visited the location of the crime in New Yelahanka Town incident. The overall findings were revealing since they pointed to facts found to be contrary to a lot that was published immediately after the crime.   Before coming to the investigation it is important to note: The incident here is ascribed to the Indian Stray Dog – typically these are Indian Dogs or InDogs which is a distinct genotype. Fewer are actually pedigreed dogs that have becomes stray. Typically they weigh about 18-20kgs and have relatively short life spans in the urban environment and suffer greatly from malnutrition & disease. Their lifespan is of the order of about 3 yrs in the urban jungle, whereas the life span without the pressure of survival e.g. if kept as a pet, is about 12-15yrs. They are highly territorial and in the urban environment (of say Bangalore) most dogs would spend their whole life in an area of 100mts x 100 mts, never venturing out into the territories of neighboring dogs (unless relocated, and relocation is not allowed under ABC Rules of 2001) It is also worth noting that throughout the animal kingdom carrying or even dragging the equivalent of ones own weight for any considerable distance is a major feel of strength. To keep it in perspective a 70kg man, or even 2, dragging a 70kg deadweight even for 100 mts requires peak physical condition.

The findings of the investigation team at the hospital:

Location of the hospital and where Sandeep’s body was found 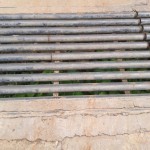 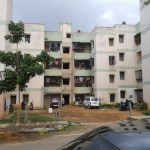 Apartments to the right of where the body was found 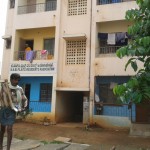 Apartment to the left of where the body was found The corner with the garbage where body was found Close up of same garbage plot 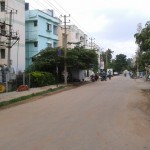 view of the surrounding area

Statements of witnesses who live opposite the hospital:

Evidence the location where the body was found:

This gives rise to many questions as well – How did the press, the mayor & police decide that this was a dog attack when niether the terrain nor the locations sugegst it. Nor was there a post mortem report. Was this a case when the BBMP & the police were under a lot of pressure to act and hence by declaring a dog bite the case could be closed and the compensation awarded? How is that while compensation was immediatly paid other senior BBMP officials have steadfastly maintained that this was not a dog attack? Is it not plausible that the body was thrown in the garbage and local dogs came to the body to inspect – why was no other possibility gone through?

——— End of Part II ——–  In subsequent parts we’ll  present evidence as collected by the police, the evidence from BBMP and experts on  dog behavior as well as forensic evidence and evidence  of the autopsy. Well also report how the press  continued to highlight the various, absolutely illegal and in-humane statements by the city politicians, without one pointing out that
there politician or not, and no-one has the business of calling for  mass murder of dogs especially when there is clear precedence in our
legal system to prevent it.