Lodhi Gardens, spread over 90 acres in the heart of New Delhi, is a hotspot for morning walks for Delhi-ites. Lodhi Gardens contains the tombs of Mohammed Shah, Sikander Lodhi as the architectural works of the 15th century Sayyid and Lodhi dynasties. The site is now protected by the Archaeological Survey of India (ASI). The space and buildings have lasted 500 years and walkers and dogs have coexisted for a century but what the Lodhi’s and walkers did not plan were on Bandicoots! On the 5th of October, 2012, the Times of India carried a news report regarding bandicoot infestation at Lodhi Gardens. A reading of the report will reveal that it’s all about bandicoots and irresponsible people, and how “bandicoots are feasting on food left behind for birds by visitors, and have dug up burrows, leaving hundreds of holes that could cause cave-ins. The growing pack of rats has also gnawed into tree roots and water pipes, even causing a major leak last fortnight”; and NOWHERE does it mention dogs.

On the 11th of October, 2012, Delhi-ites woke up to the rude shock of news carried in most newspapers, that the Delhi High Court had taken ‘suo-motu cognizance’ i.e. cognizance by itself, of the earlier bandicoots news report (mentioned above); and ordered on the 10th of October, 2012, that all stray dogs will be removed from Lodhi Gardens! There was disbelief and consternation all around & a conviction that the order had to be challenged. The order was challenged through an intervention supported by Mrs. Maneka Gandhi, Chairperson of People For Animals ; Maj.Gen.(Retd.) Dr. R.M. Kharb, Chairperson, AWBI ; Mr. Hiranmay Karlekar, eminent journalist and animal rights activists ; Suhas Borker, Founder, Green Circle of Delhi ; Sonya Ghosh, Founder, Citizens for the Welfare and Protection of Animals ; Rakesh Shukla, Founder, The Voice of Stray Dogs ; Dr. Manilal & PETA India; and many Delhi stalwarts and dog champions including, Mandy Seth, Tilak Vir Nanda, Veena Balwant, Saubhik Chakrabarti (Associate Editor of The Economic Times), and Shobha Malhotra, among others. Anjali Sharma, Member of the Board – Animal Welfare Board of India and Governing Board member of ‘The Voice of Stray Dogs’ was asked to draw out the intervention, and the challenge to the order passed in the legal matter.

In the meantime, the Friends of the Lodhi Garden dogs at Delhi, preparing for battle, ensure the circulation of this news article too, on 14th October, 2012 :  ‘Dogs didn’t cause rodent menace in Lodhi Garden’. The article clearly says “Regular visitors at Lodhi Gardens who had first launched the battle against bandicoots are now wondering how dogs came to be collateral damage. They argue that the park’s dogs — not “stray” but “community dogs” — have, in fact, helped contain the bandicoot menace.”

After a hearing that lasted around 40 minutes, involving 11 (eleven) lawyers, including 2 senior counsel, appearing for the Lodhi Garden dogs and the Applicants, the Delhi High Court was persuaded to modify the order passed by it on 10th October, 2012, for the removal of all Lodhi Garden dogs, and ORDER INSTEAD THAT : –

The Lodhi Garden dogs will NOT be removed. If, however, there is a complaint of dog bite, it will be dealt in accordance with The Animal Birth Control (Dogs) Rules, and only the biting dog removed for sterilization (if unsterilized), vaccination (if not vaccinated), and observation.

The Court was persuaded that The Animal Birth Control (Dogs) Rules, 2001, passed under the Prevention of Cruelty to Animals Act, 1960, do not allow removal of dogs. Dogs can only be sterilized, vaccinated, and then returned back to the very same territory that they were picked up from.

The matter is next listed on 31st October, 2012. Final orders will be passed on that date. It was taken up on the 17th of October, 2012, because 20 applicants appearing for the Lodhi Garden dogs, represented by 11 lawyers, forced a hearing through the intervention application filed by them. 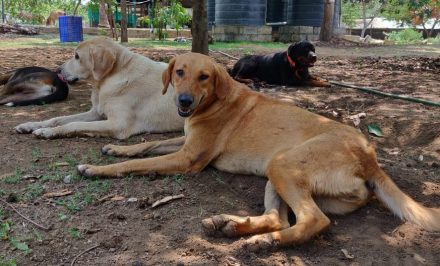 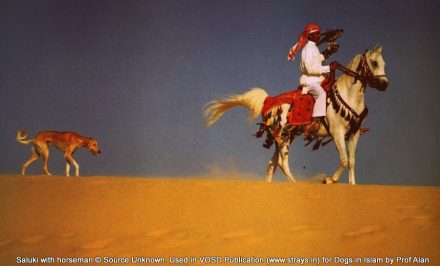