Note: The Voice of Stray Dogs ‘audit’ is carried out by our volunteers without any prior information to either the NGO or BBMP to correctly verify the level of execution of ABC at these centers. This is the first time The Voice of Stray Dogs visited this particular ABC center.  Vet Society’s Chamrajpet Center report can be seen here. AWS, ARF, Sarvodaya’s ABC Centers have been visited before

Audit found the facility to be a very well run ABC Center , with higher than norm standards in surgery. The recovery area should be cleaner to keep with the post surgery CNVR mandate and should be improved.
When ‘The Voice of Stray Dog’ team entered the ABC area, the team of Vet Society was already busy with surgeries. Normally ARF is present as well, but their van had a break down.

The following are the observations from the visit:

Area of improvement: Complaint handling (Note: no wrong drops were observed in practice – this observation relates only to the discussion with the team on location)

When asking about handling complaints and if they release the dogs in the same area ‘The Voice of Stray Dog’ team got confusing answers.

‘The Voice of Stray Dog’ team hope it was just confusion between vet and workers and that the complaint issues are handled in a proper way. The complaint sheet had no comments. 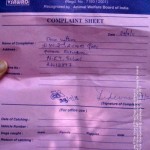 Complaint sheet with no complaint comments! 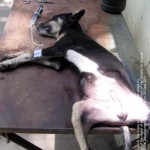 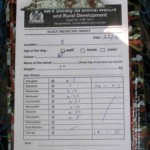 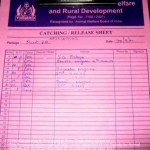 Filled out catching and release sheets 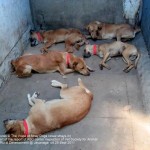 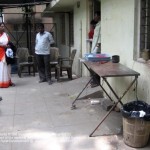 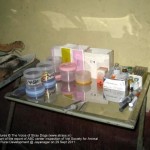 Cleanly laid out tables and medication 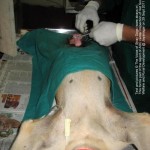 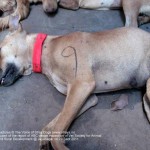 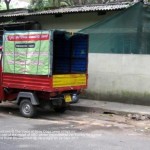 The ABC Center and vans