Know your and your animals’ rights: Delhi High Court orders on feeding strays 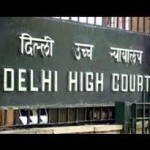 In the backdrop of continued ‘conflict’ between those feeding their community dogs and neighbors/ Resident Welfare Associations (RWA’s) and apathy of the police and the Municipal Corporation of Delhi to support the dog feeders, several petitions were filed at the Delhi High Court in 2009. These were (given as Case No.’s & Case titles): These were filed because the petitioners were of the view that in feeding and tending to strays they were not committing any offense; but the law enforcement agencies such as the police, were not stepping in to stop violence and the commission of other cognizable offenses against the petitioners and against the dogs they fed and tended to.

The Petitioner 2 of the lead petition contended:

The Animal Welfare Board of India (AWBI), as respondent no. 4, contended:

The High Court gave AWBI 4 weeks to provide the information pertaining to dog feeding sites. This information and the guidelines were submitted by AWBI and following the submission of data on feeding sites (see AWBI Guidelines and previous article here)

Consequence of the High Court Order and feeding of strays in Delhi:

Pursuant to the passing of these orders, Brigadier Vijay Singh Sukhdial, YSM, Retd (co-opted Member of AWBI) and Ms Sonya Ghosh (co-opted member of AWBI) have led ‘dog feeding site identification work’  in colonies, and managed the RWAs, the residents, and the police.

The 2 orders that came to be passed by the Court, were consent orders, to which all counsel representing all parties, agreed. These orders have consequently, not been appealed against.